THIS POST MAY CONTAIN AFFILIATE SALES LINKS. PLEASE SEE MY FULL DISCLAIMER POLICY FOR DETAILS.
remember that show “wife swap”?  in the event that you’re not the reality tv junkie that i proudly am, it was a terrible reality show on abc that aired when “survivor”, “big brother”, “trading spaces”, & “american idol” were on the rise & other pretty garbage reality concepts started creeping out of the woodwork.   the premise of “wife swap”…
Pin for Later 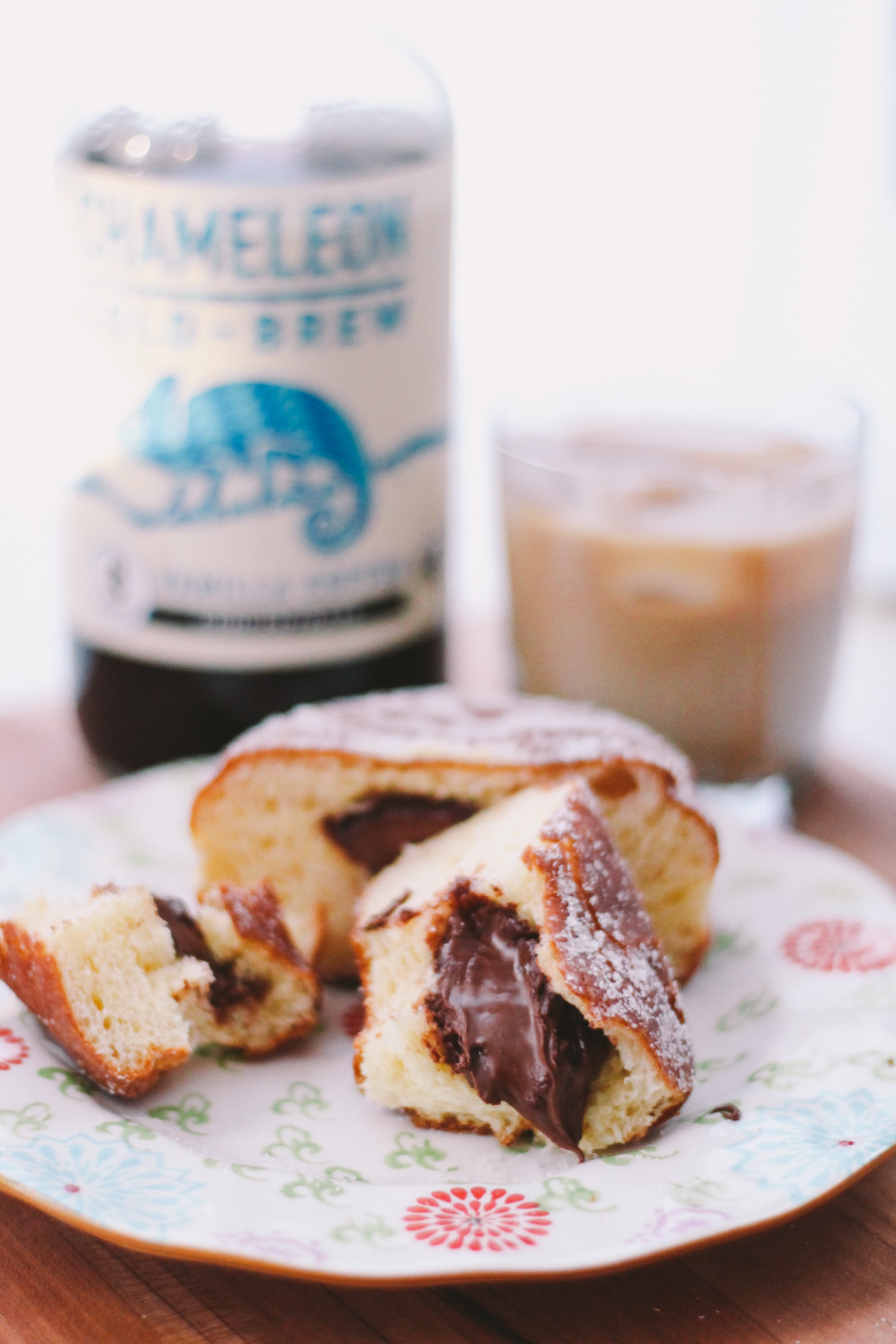 remember that show “wife swap”?  in the event that you’re not the reality tv junkie that i proudly am, it was a terrible reality show on abc that aired when “survivor”, “big brother”, “trading spaces”, & “american idol” were on the rise & other pretty garbage reality concepts started creeping out of the woodwork.

the premise of “wife swap” is simple:  the producers of the show would find two moms with differing philosophies on child-rearing & marriage & transplant them into each other’s homes for 48 hours, which were all of course filmed & edited into a drama-filled hour of reality tv glory at its finest.  arguments would obviously ensue between the swapped wives & their faux children & faux spouses & by the time the 48 hours was up they would happily return home vowing that they’d never take their real family for granted ever again.

“wife swap” is a concept that i have masterfully introduced to my marriage in the form of “spouse swap”.  *insert dr. evil laughter here* 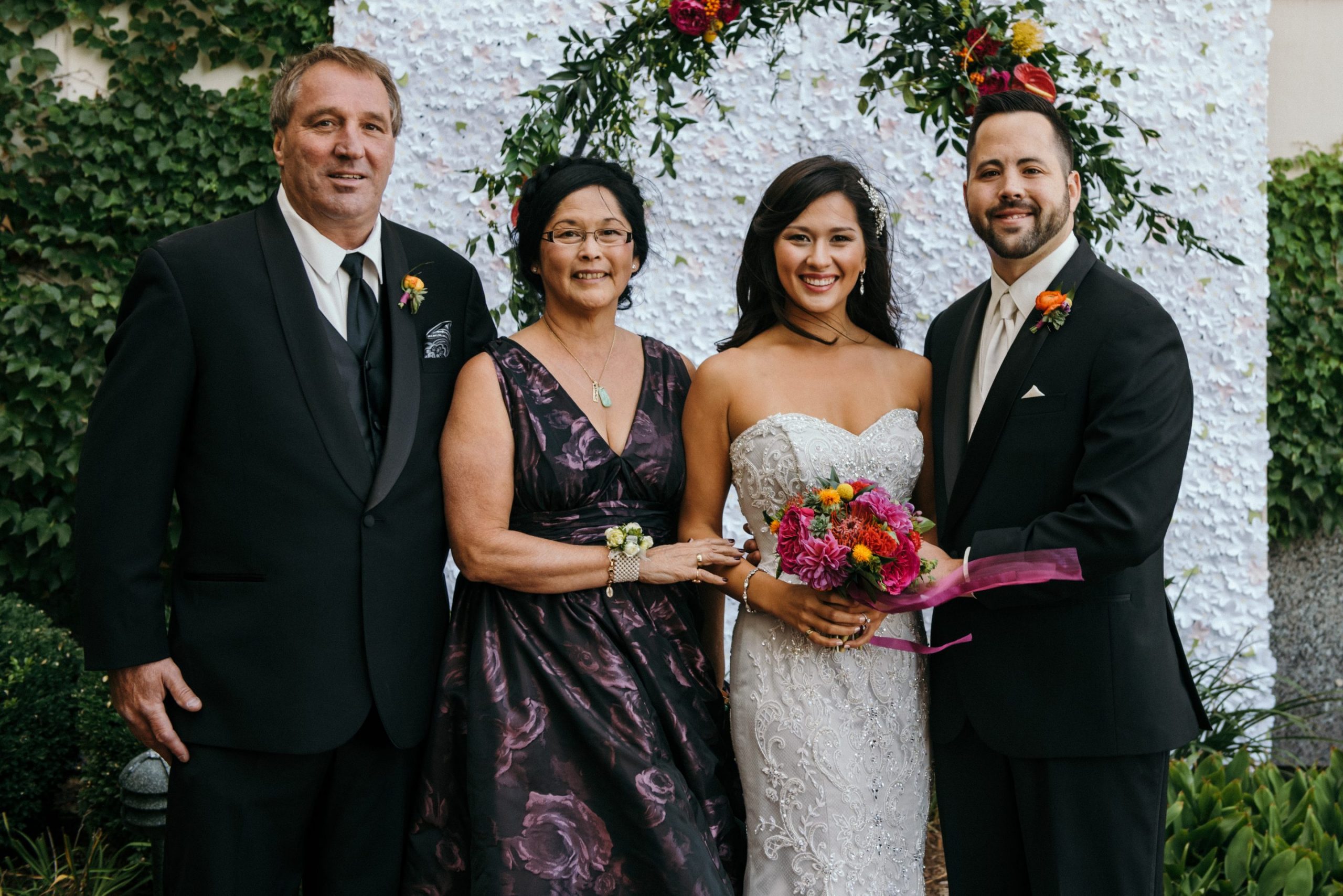 the premise: chris heads back to our hometown to do man things with rick all weekend, while lori comes to the city for a girl’s weekend with me.

spouse swap weekends mean the boys can have fun doing guystuff & naturestuff while mom & i enjoy a girls weekend of ultimate proportions.  spouse swap is the kind of compromise that results in a win-win scenario, which i’ve been told is key to a successful marriage. #boom #iamanevilgenius *insert dr. evil laughter here*

so inevitably, instead of gawking in awe at my evil genius mastery, i’m sure you’re asking yourself, “she promised donuts.  why is she rambling about garbage reality tv when she promised donuts?  when do we get to the part about donuts?? is she lying to us?  whyyyyyyy?”

a few weekends ago was a spouse swap weekend.  chris headed home to go ice fishing with dad while mom drove to mpls to hang out with me.  our itinerary for the weekend didn’t include much, but we needed to make a run to banana republic, we wanted to check out an asian food store we had heard about, & we needed to finally try bogart’s donuts. 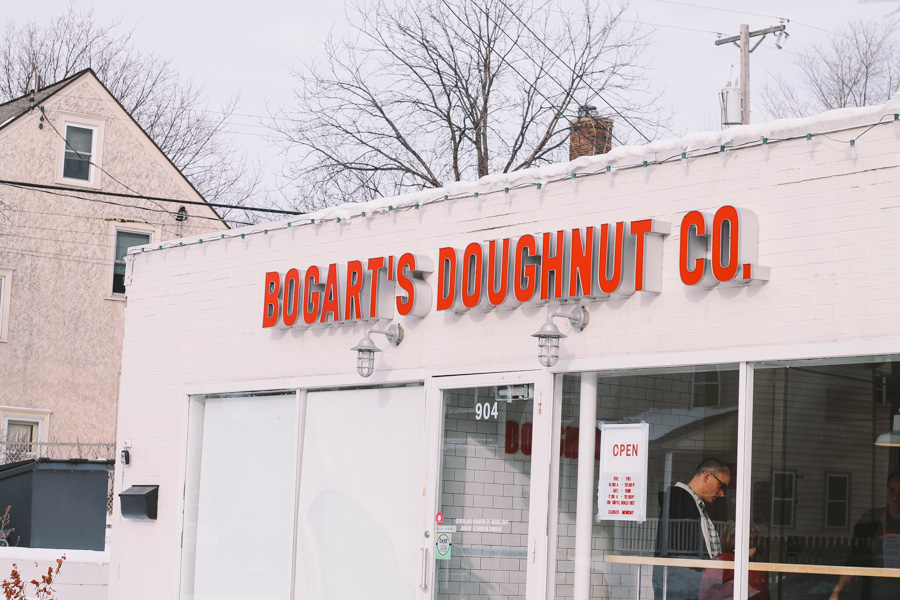 their store-front is a modern take on classic retro & is located on a busy street on the edge of minneapolis’ ever-trendy uptown neighborhood.  36th street also happens to be one of the streets taken on my daily commute to work, which also means that the aroma of their scratch-made delicacies finds its way into my car every morning and seduces my nostrils with its promise of sweet & doughy heaven.  a girl’s weekend with mom, who also happens to be a donut connoisseur, happened to be the perfect celebratory excuse to finally check bogart’s out.

from the moment we stepped up to the storefront, it was love at first sight.  the morning sunlight shone through the windows, creating a bright, heavenly haze around the donuts, which were sitting proudly in their glass case.  their aroma was sweet & intoxicating.  the staff was beyond pleasant & was super helpful in walking us through the different variations.  we gladly accepted each & every one of their recommendations & ended up leaving bogart’s with an entire box full of their delicacies (seven donuts between two gals, no big deal – #YOLO). 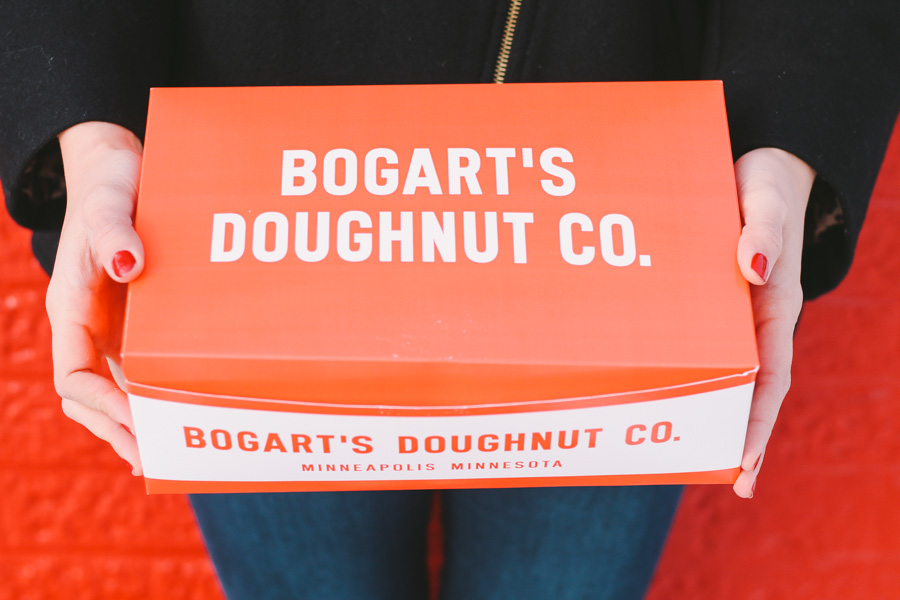 mom & i left bogart’s, agreeing to be good girls & to wait until we were finished with our errands to dig in to the box.  this plan of action worked really well for us, until two minutes later, when we agreed that we couldn’t wait anymore & needed to try a donut (or two) ASAP.  so, on our way to banana republic, we did. 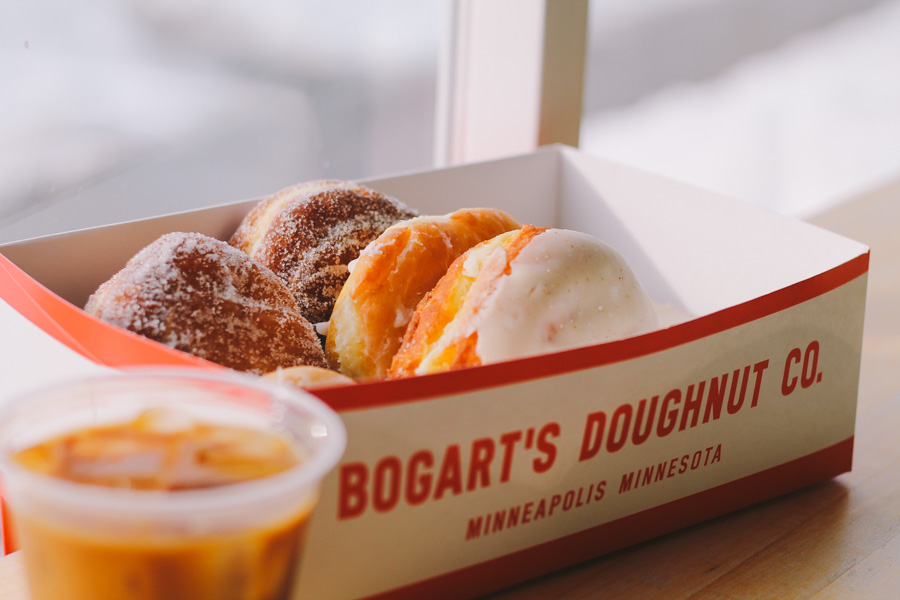 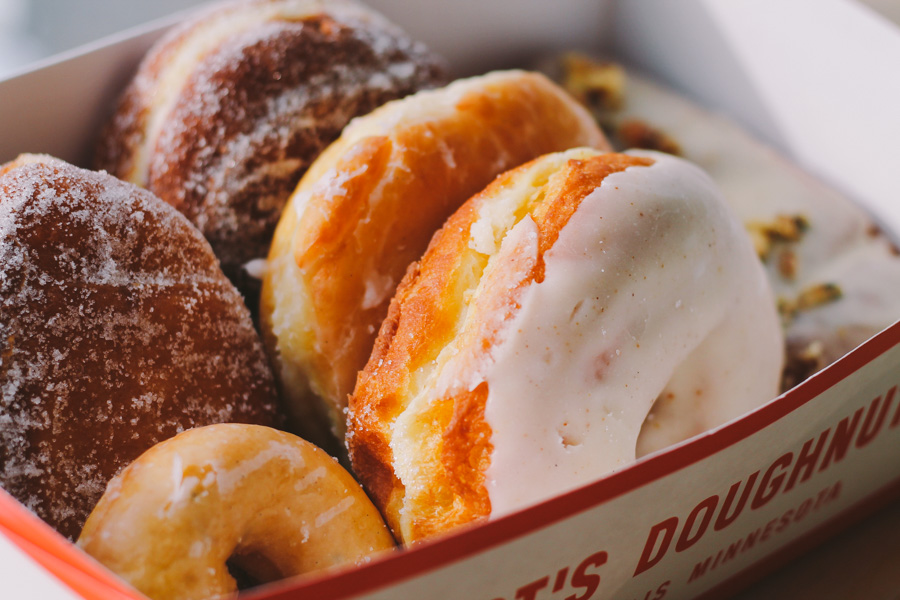 the lavender cake donut, which i was hesitant to try since it is so easy go overboard on lavender, had very pleasant floral notes with a sweet & slightly crunchy vanilla bean glaze.  it was good, but left us eager to try a raised donut with the rich brioche dough they boast.  so we did, right then & there (still en route to banana republic).

we carefully contemplated the contents of our box & finally decided to try the specialty donut of the day, a maple butter long john.  ohmygoodnesssakes, it lived up to every delicious expectation we had.  the dough was rich & buttery with a heavenly melt-in-your-mouth texture.  the maple glaze was chock-full of maple flavor but not overly sweet.  the salted nuts complemented the sweet glaze perfectly, creating a balanced sweet & salty bite that kept us going back for more.

over the course of the next 24 hours, mom & i worked our way through our entire box of bogart’s donuts:

we ooh-ed & ahh-ed over the vanilla bean buttercream-filled raised donut, which left us delighted given the unapologetic amount of real specks of vanilla bean throughout its not-too-sweet filling.

i spent an embarrassing amount of  time playing with my nutella-filled raised donut, which had the same rich & buttery brioche dough but was filled with what had to have been a full quarter cup of straight nutella.  as a nutella lover, it certainly did not disappoint, though i was pretty grateful i had a cold brew coffee to wash it down. 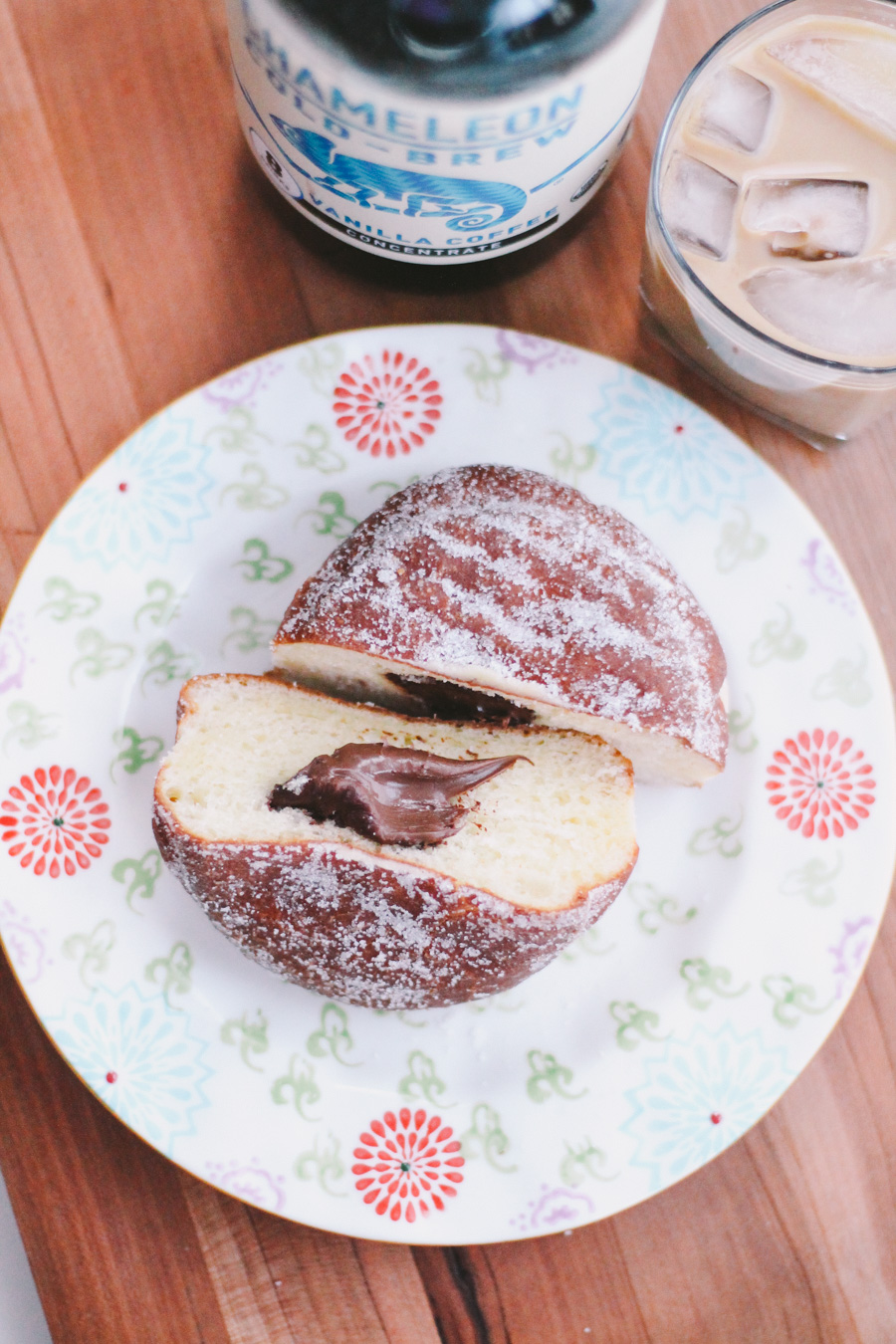 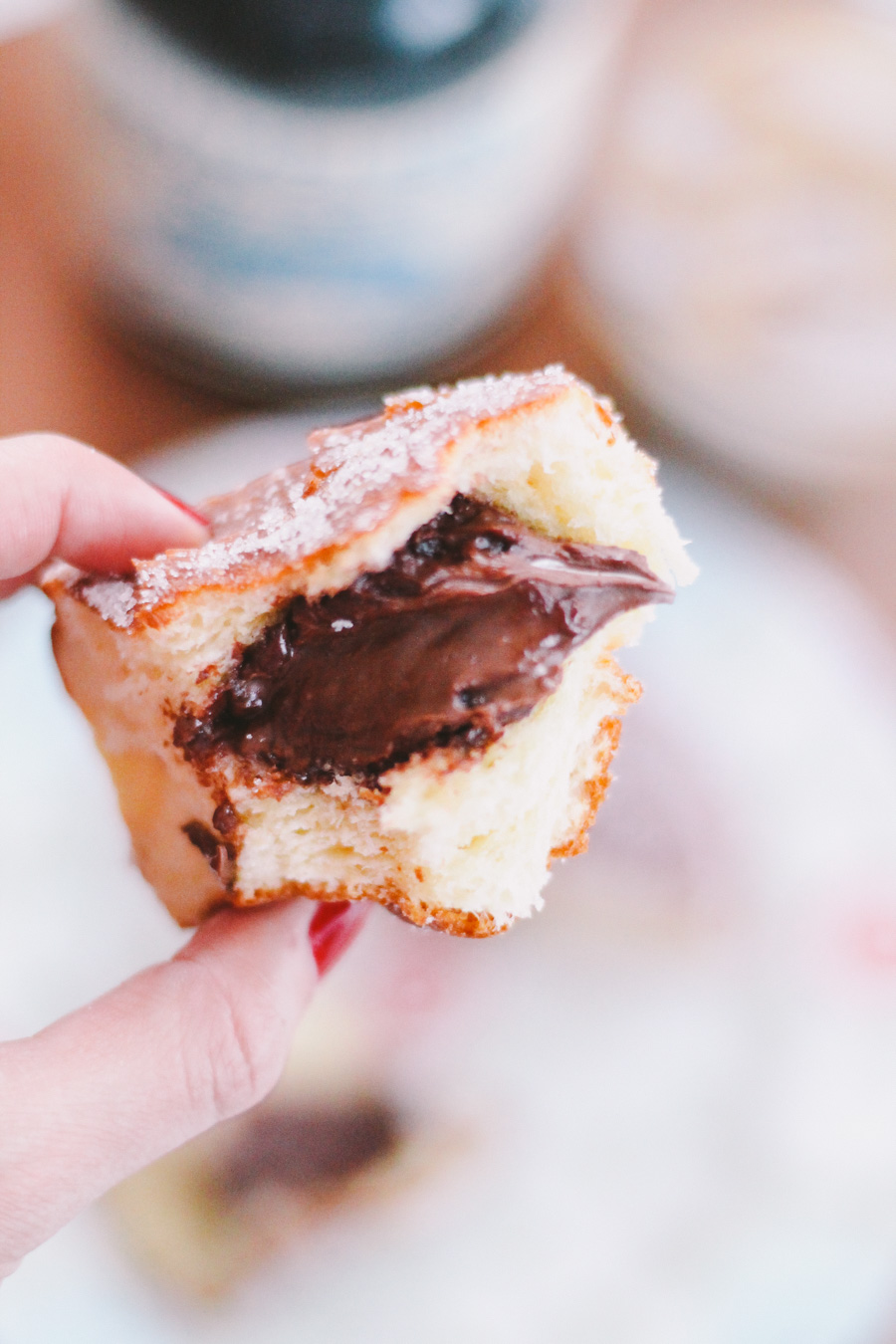 we finally made our way to what seemed to be the underdog – a brown butter-glazed raised donut, which came with such high accolade that we bought it, even though it wouldn’t have ever been either of our top choices.  ohmygawwwwwwwd.  apparently it is the top seller at bogart’s, with good reason.  their buttery & fluffy dough was covered in a brown-butter glaze that was the perfect balance of savory & sweet.  the brown butter added a dimension of rich complexity that cut through the sweetness in a way that left us thinking, “damn, next time we just need a box full of these.”

after all those donuts, we did what any mom & daughter duo would do in their last hours of spouse swap weekend – we grabbed the remote (still in our pajamas), turned something on netflix, & happily reminisced each & every moment (& donut) of our wonderful weekend together. 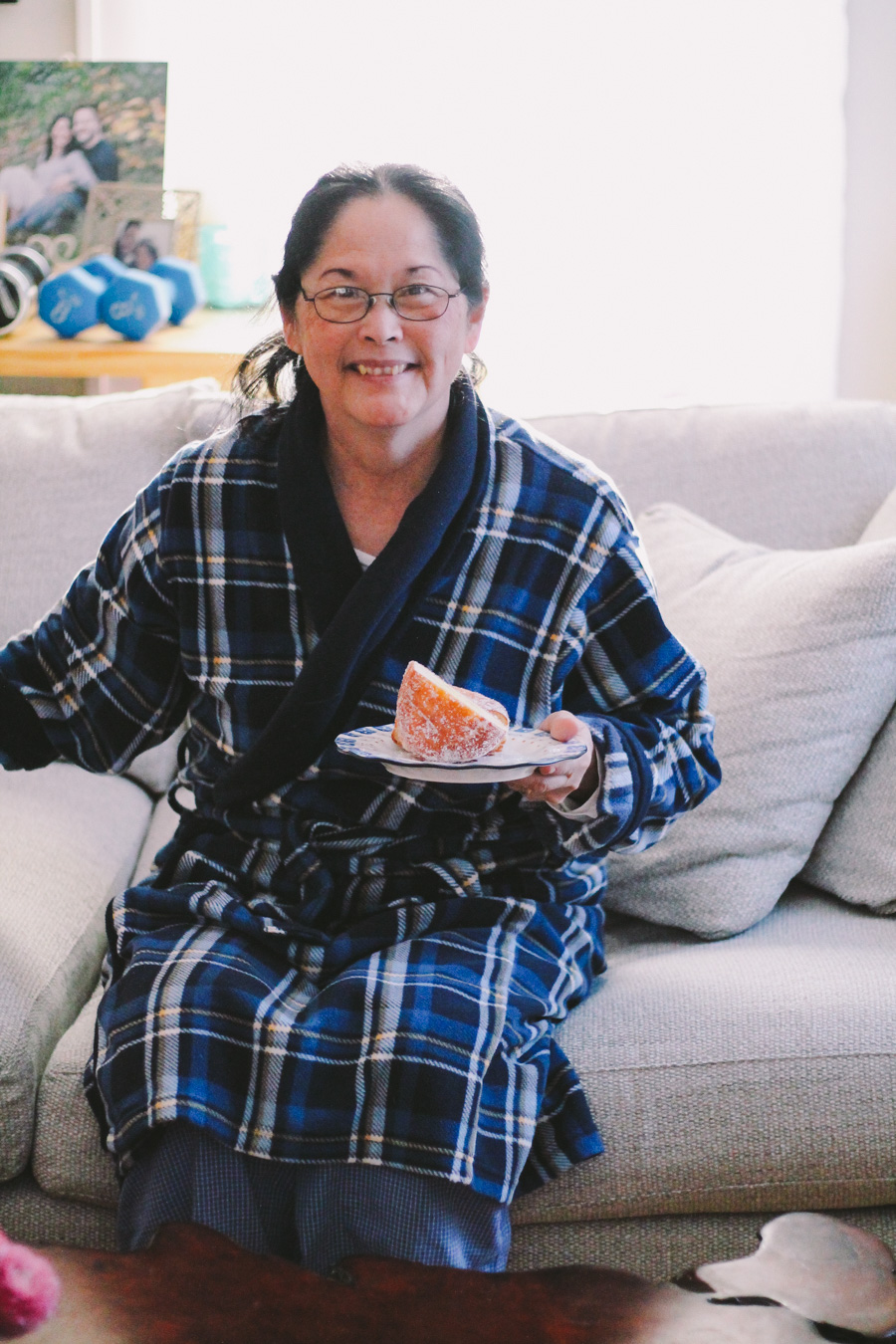 in short, if you’re in mpls & need a treat, do yourself the kindness of checking out bogart’s.

definitely see what their special flavor of the day is, & definitely ask their amazing bakers for their two cents.  no matter what you do, though, you must get a brown butter-glazed donut.  you won’t regret it (i promise).  be sure to let me know what you think!

**cred for our beautiful wedding photos goes to the most talented photographer i know – ren of studio 29 photography.  ren, thank you for capturing these beautiful moments. 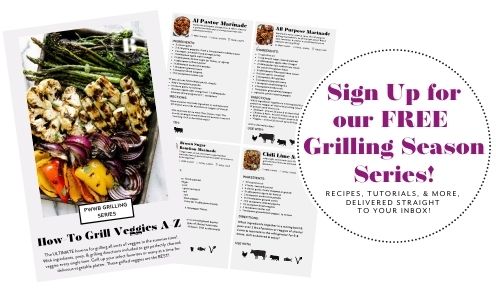